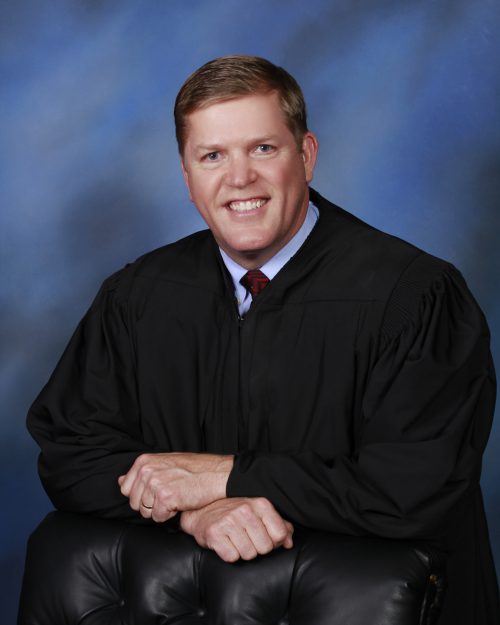 Judge Steve Fahlgren is a Circuit Judge who lives and works in Nassau County. Judge Fahlgren was born in the Midwest and moved to Florida in 1984. After obtaining his associate degree in computer science, he served on active duty with the U.S. Army including service in the 82nd Airborne Division and later as a counterintelligence agent in South Korea. Judge Fahlgren graduated from the University of Florida in 1991 and from the University of Florida College of Law with Honors in 1994. Later, he was the Town Attorney for the Town of Hilliard and had a private law practice. While in private practice, Martindale-Hubbell, a long respected lawyer rating service, accorded him its highest rating for competence and ethics. Judge Fahlgren was certified as a Circuit Civil Mediator and as an Appellate Mediator. In 2014, he served as the Board President of Jacksonville Area Legal Aid and currently serves as the chair of the Fourth Judicial Circuit Pro Bono Committee. In 2015, Governor Scott appointed Judge Fahlgren to the circuit court and he was elected without opposition in 2016. Judge Fahlgren continues to serve the community by, among other things, being a mentor to young men and speaking to groups of young people about the importance of faith, education and not getting involved in drugs. In 2017, the Jacksonville chapter of the American Board of Trial Advocates recognized Judge Fahlgren with the Civility Award for the Fourth Judicial Circuit comprised of Nassau, Clay and Duval Counties. It was the first time this award has been given to a judge. The Civility Award recognized his efforts to elevate the standards of honor, integrity and courtesy in the legal profession. Judge Fahlgren is married to Dr. Kimberly Fahlgren and they have three children.