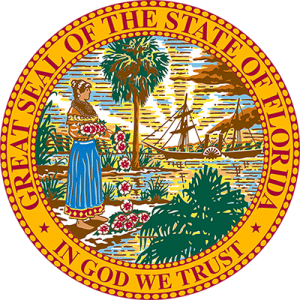 An injunction is a court order signed by a judge that can be served and or enforced by law enforcement. Injunctions for Protection Against Domestic Violence may be issued against a spouse or former spouse, a person related by blood or marriage, a person which you are presently living with or have formerly lived with, as if a family, or against someone with whom you have a child in common, regardless whether you were ever married to that person or lived with them.
If a person falling within one of the previous descriptions has committed a crime against you resulting in your physical injury, or that person has placed you in fear (with words or physical acts), and made you believe you would be immediately harmed by an unlawful act of violence, you may have grounds to ask the court for an Injunction for Protection Against Domestic Violence.

If you are a person with a disability who needs any accommodation in order to participate in this proceeding, you are entitled, at no cost to you, to the provision of certain assistance. Please contact the ADA Coordinator at (904)548-4600 press 0, at least 7 days before your scheduled court appearance, or immediately upon receiving this notification if the time before the scheduled appearance is less than 7 days; if you are hearing or voice impaired, call 711.

Please be advised that our Deputy Clerks cannot provide legal advice. [F.S. 28.215] We are not authorized to excuse you from attending a court hearing. If you have questions about your case that cannot be answered by simply reading the documents, please contact your attorney.
Civil Court services provided by the Clerk include issues relating to Small Claims, Evictions, County Civil, Circuit Civil, Foreclosure Sales, Injunctions and Family Law Cases including but not limited to Dissolution of Marriage, Adoption and Name Changes.
Clerk Civil Division Contact Number: 904-548-4606
Clerk Civil Division Mailing Address: 76347 Veterans Way, Yulee, FL 32097

An Injunction for Protection Against Repeat Violence may be issued if someone has committed two separate acts of violence or stalking, one being within the last six months, against you. The Injunction for Protection Against Repeat Violence is available for those individuals not covered by the Domestic Violence Injunctions. These are sometimes filed against neighbors, friends, or co-workers.
Injunctions for Protection Against Dating Violence may be issued against an individual with whom you have or had a continuing and significant relationship of a romantic or intimate nature. It is determined by consideration of the following facts: As the dating relationship existed within the past six months, the nature of the relationship included an expectation of affection or sexual involvement, and the frequency and type of interaction between you and the individual included involvement over time and on a continued basis.
Injunctions for Protection Against Sexual Violence may be issued if ONE INCIDENT of the following acts occur regardless of whether criminal charges based on the incident were filed, reduced, or dismissed by the state attorney.
Sexual battery, as defined in Florida Statutes Chapter 794
A lewd or lascivious act, as defined in Florida Statutes Chapter 800, committed upon or in the presence of a person younger than 16 years of age
Luring or enticing a child, as described in Florida Statutes Chapter 787
Sexual performance by a child, as described in Florida Statutes Chapter 827
Any other forcible felony wherein a sexual act is committed or attempted
It is a requirement that the sexual violence be reported to a law enforcement agency and that the person filing the petition cooperate in the investigation. A petition may be filed against a respondent who was sentenced to imprisonment for the sexual violence and who has been or will be released from incarceration. A person who is the victim of sexual violence or the parent or legal guardian of a minor child who is living at home who is the victim of sexual violence has standing in the circuit court to file a sworn petition for an injunction for protection against sexual violence on his or her own behalf or on behalf of the minor child if:
The person has reported the sexual violence to a law enforcement agency
Is cooperating in any criminal proceedings against the respondent, regardless of whether criminal charges based on the sexual violence have been filed, reduced, or dismissed by the state attorney
The respondent who committed the sexual violence against the victim or minor child was sentenced to a term of imprisonment in state prison for the sexual violence and the respondent’s term of imprisonment has expired or is due to expire within 90 days following the date the petition is filed
Injunction for Protection Against Stalking may be issued if someone willfully, maliciously, and repeatedly follows, harasses, or cyberstalks another person.
“Harass” means to engage in a course of conduct directed at a specific person which causes substantial emotional distress to that person and serves no legitimate purpose.
“Creditable threat” means a verbal or nonverbal threat, or a combination of the two, including threats delivered by electronic communication or implied by a pattern of conduct, which places the person who is the target of the threat in reasonable fear for his or her safety or the safety of his or her family members or individuals closely associated with the person, and which is made with the apparent ability to carry out the threat to cause such harm.
“Cyberstalk” means to engage in a course of conduct to communicate, or to cause to be communicated, words, images, or language by or through the use of electronic mail or electronic communication, directed to a specific person, causing substantial emotional distress to that person and serving no legitimate purpose.
There is no fee for filing an injunction. If the court enters an injunction, the person you filed it against may be ordered to stay away from your residence and workplace. After you file the paperwork, a judge will review your file, usually the same day. Based on the information you have provided, the judge will determine whether to sign a Temporary Injunction for Protection. If this is granted you will be given a hearing date within 15 days. The judge may also set a hearing without issuing an injunction or may deny the petition.